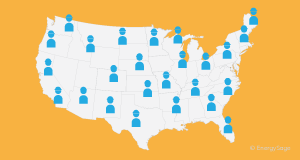 The financial benefits of going solar make a compelling argument for homeowners and businesses, and the overall impact of solar on the economy is just as positive. The solar energy industry is a national industry that provides high-quality jobs across the country. As more homes and businesses go solar, job opportunities continue to grow.

Findings from The Solar Foundation's 2017 Solar Jobs Census, while slightly outdated at this point, underscore that growth:

The clean energy economy offers more opportunities and better pay for low-and middle-skilled workers than the national economy as a whole. Wages for solar jobs in the U.S. are also significantly higher: the median wage for a solar installer in 2014 was $20 per hour, compared to $17.09 across the total U.S. workforce. Many solar installers are small locally owned businesses, and supporting them brings more money into local economies.

Solar power is a key source of energy in the U.S., and as the cost of solar continues to fall, all signs point to it becoming an even larger part of the U.S. energy supply. That’s good news for the economy and the environment.