Wind energy: what you need to know 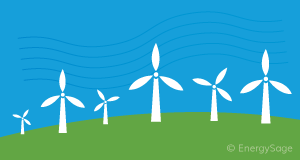 Wind energy, or wind power, refers to any mechanical energy or electricity generated from wind or naturally occurring airflow in the earth’s atmosphere. Wind energy is actually an indirect form of solar energy: wind blows because the sun unevenly heats different areas of our atmosphere due to the earth’s rotation and differences in surface areas.

Wind power is one of the fastest-growing sources of electricity in the country; according to the American Wind Energy Association, U.S. wind power has more than tripled in the last ten years.


How does wind energy work? 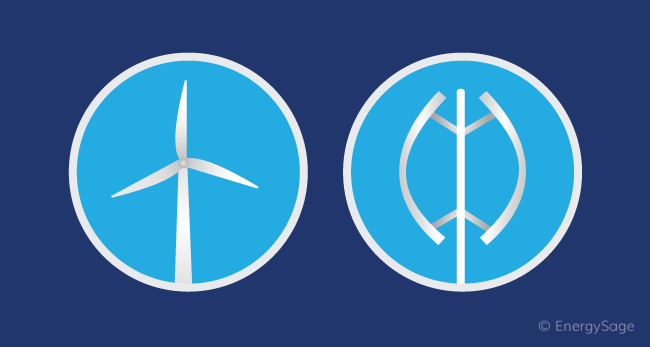 Wind power is generated using wind turbines. These turbines have large blades that rotate as the wind blows by them. When wind turbine blades spin, they turn a rotor connected to a generator inside the turbine, generating electricity in the process.

The amount of electricity a turbine can generate depends on wind speeds, the length and size of the blades on the turbine, and the type of wind turbine. There are two major types of wind turbines used today: horizontal axis and vertical axis.

The role of wind energy today

According to the Energy Information Administration (EIA), wind energy accounted for about seven percent of overall U.S. electricity generation in 2018. It was also the second-largest source of renewable energy generation, followed by hydropower.

Wind power is generated similarly in different types of projects, but there are distinctions when it comes to the size and power capacity of the wind turbines:

Offshore wind projects are built near large bodies of water. These turbines are typically located out in the ocean and are much larger than land-based utility wind projects. Offshore wind turbines generate more electricity than small wind or utility-scale wind projects not only due to the larget size of the turbines themselves, but also because of the higher and more consistent wind speeds on the water.