Geothermal energy is a clean source of electricity

One way to compare the environmental impact of various electrical generation technologies is to analyze their life-cycle greenhouse gas emissions, which is the total amount of greenhouse gas output (measured in grams carbon dioxide equivalent, or gCO2eq) that can be expected from deploying a generator. Life-cycle analyses take into account the full life of the system, from obtaining materials through the construction process, to operation, to end of life waste management.

The Intergovernmental Panel on Climate Change, or IPCC, released a report in 2014 covering the mitigation of climate change. Their chapter on energy systems examines, among other things, lifecycle emissions of various types of electricity generation plants including both renewables and fossil fuels. The IPCC measures gCO2eq emissions per kilowatt-hour (kWh) of electricity produced from these various types of power plants: 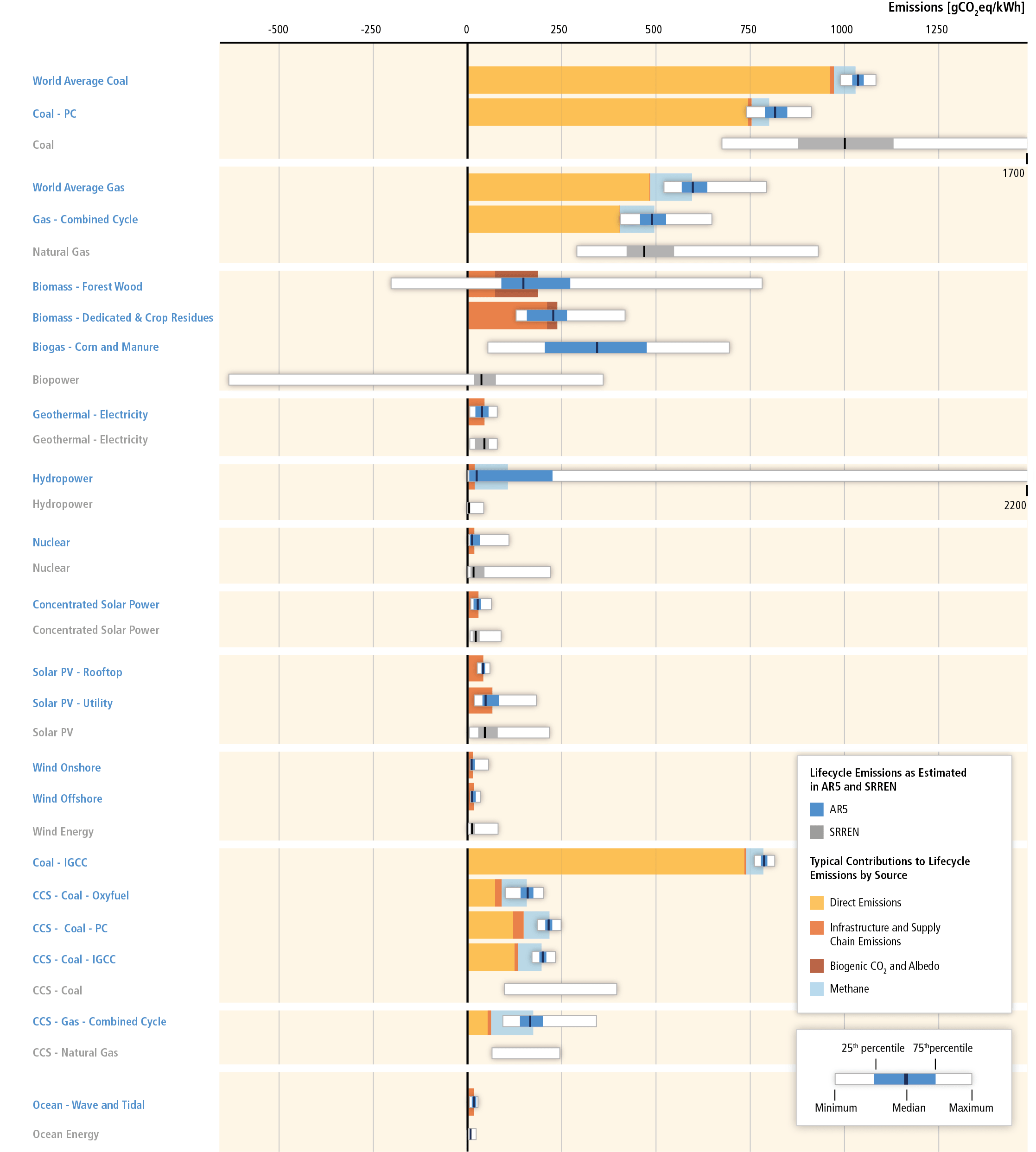 *Hydropower has several environmental consequences that are still being studied, and the actual lifecycle emissions for a hydropower plant have the potential to be significantly higher than 24 gCO2eq/kWh. 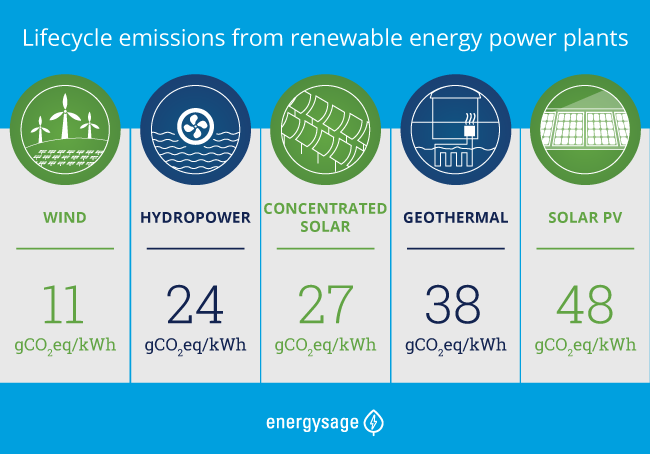 As with any generating technology, there are environmental concerns to take into account when it comes to building new geothermal power capacity.

The main environmental concern that comes with geothermal power plants is the potential for surface instability. Because geothermal plants remove water and steam from reservoirs within the earth, the land above those reservoirs can sometimes sink slowly over time. However, most geothermal plants re-inject used water into the earth via an injection well to reduce the risk of land subsidence.