Electric vehicles 101: how do EVs work?

An electric car is any vehicle that is powered by a battery that has been charged by an external electricity source.  Electric cars have been in existence as long as gasoline-powered cars, but have often been more expensive than conventional gas powered cars. 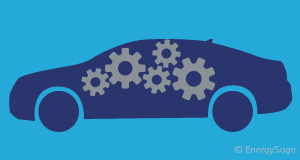 Modern interest in electric vehicle technology started in the 1970s as gas prices increased, leading Congress to pass the Electric and Hybrid Vehicle Research, Development, and Demonstration Act in 1976. In the 1990s, concerns about transportation emissions led to manufacturers modifying models for electric charging as well as the development of GM's EV1 electric vehicle. However, high costs prevented these vehicles from becoming commercially viable.

In addition, the American Reinvestment and Recovery Act of 2009 saw the installation of 18,000 residential, commercial, and public chargers across the country. Today, there are more than 21,000 different public electric vehicle charging locations. These charging stations are vital to the success of electric vehicle technology in the United States as they allow electric car owners to travel and recharge their vehicles just as owners of gasoline-powered cars can fill up at the gas station.

Electric vehicles also employ a technology known as regenerative braking, which generates electricity from some of the energy usually lost when conventional gas-powered cars brake. This can help the charge on the car last longer, especially when used in driving conditions such as cities where drivers are required to brake more frequently. 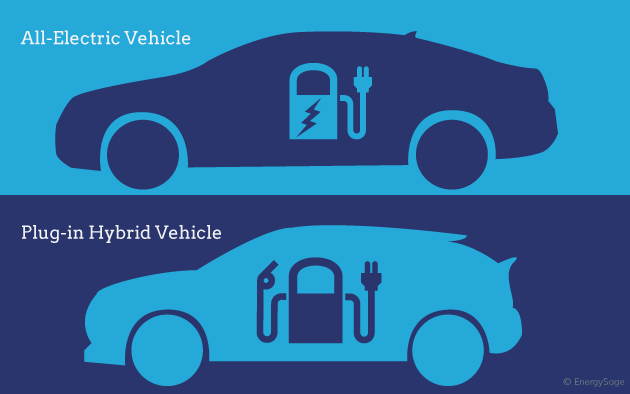 All-electric vehicles (AEV), as their name suggests, run solely on electricity. AEV motors are electric and powered by rechargeable battery packs. Depending on the type of battery, a vehicle recharge may take as little as 30 minutes (via fast charging) or up to a full day (when using Level 1 charging).  They typically have a range of 60 to 120 miles, and some luxury models have a range of as much as 300 miles.

An AEV will take longer to charge than a PHEV as they have a larger battery. Charging your all-electric car on a regular basis and not allowing the battery to run out fully will help maintain a higher vehicle range. AEVs on the market include the Nissan Leaf, Tesla Model S and X, Chevrolet Bolt and Spark, and BMW i3 BEV.

Plug-in hybrid vehicles have both a battery and a gasoline-powered engine, which give them a longer range than all-electric cars. They typically run on electricity for shorter ranges (anywhere from 6 to 40 miles) and then switch over to gasoline to power the internal combustion engine. From this point, PHEVs function like a hybrid electric vehicle by consuming less fuel and producing fewer emissions than similar conventional vehicles. This allows for a driver to go longer distances and may have the option to use a fuel other than gasoline as the alternative power source once the battery runs out. PHEVs on the market include the Chevrolet Volt, Ford Fusion Energi, and BMW 330e.

Priuses are an eco-friendly car with a battery, but they (and other “hybrid electric” vehicles) are not technically electric cars. Why? These cars don’t have the ability to be plugged into an external power source such as a charging station. Instead, their gasoline-powered internal combustion engines are supplemented with battery power. Similar to EVs, these vehicles also use regenerative braking to recharge their battery.

How to charge an electric vehicle

Much like filling a conventional car with gasoline at a gas station is a necessary aspect of ownership, understanding charging stations and the various options available are an integral part of owning an electric vehicle. In fact, a key difference between owning a gasoline-powered cars versus electric vehicle is this: unlike gasoline car owners, most EV owners complete over 80 percent of their charging at home, as it is the least expensive option and can supplement charges at public charging stations.

To charge an electric vehicle, you plug your car into a charger connected to the electric grid. Chargers are also known as electric vehicle supply equipment (EVSE), and come in three main categories:

All electric vehicles have standard plugs and receptacles that work with any Level 1 or Level 2 charger but because of the specialized equipment needed for DC Fast Chargers, there is not a standard plug at this time.

What does electric vehicle charging have to do with solar?

When you use electricity to charge your car, you can integrate renewable resources like solar into the fueling process. Much of the electric grid is still powered by non-renewable fuel sources, such as coal and natural gas. As a result, to truly ensure a reduction in greenhouse gas emissions, integrating solar panels with your EV charging is vital. Without solar, your electric vehicle is still effectively running off of fossil fuels – it’s just the fossil fuels utilized at the power plant and not within your engine.

Many public charging stations across the country use solar panels, including ones in Portland, Maine and Iowa City, Iowa along with larger rollouts in cities like San Francisco. Even more, solar panel systems installed on homes can be designed to include Level 1 or Level 2 chargers, allowing customers to charge electric cars with the power of the sun and simultaneously reduce monthly electric bills. Solar panel systems and electric vehicles go hand-in-hand and can help reduce emissions and costs both in the home and at public charging stations. If you’re interested in a solar panel installation plus EV charging station, simply join the EnergySage Marketplace today and state your interest in EV charging when completing your profile questions.

FAQ: What’s the difference between a hybrid car and an electric car?