Learn About Solar  |  Solar 101  |  What Are Solar Panels?  |  Advantages and Disadvantages of Microinverters and Power Optimizers 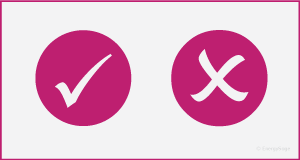 Both microinverters and power optimizers are premium products that come at a premium price. If your roof receives little to no shading, or if your panels are being placed on only one or two different roof planes, they may not be worth the extra cost.

Remember that, although microinverters and power optimizers are more efficient, they are not always a better investment. If you pay significantly more to get a system with microinverters or optimizers, you can get more power out of your panels if your situation isn’t quite ideal for solar, but it won’t always translate into a greater return on investment or shorter payback period. Get an instant estimate of solar savings with EnergySage’s Solar Calculator, or register your property to get solar installation quotes from qualified installers at no cost.

The potential disadvantages of microinverters and power optimizers are primarily in regards to maintenance and reliability, rather than how well the devices convert DC electricity to AC.

Microinverters and power optimizers are a premium product, but they come at a premium price. Spending the additional money for microinverters or power optimizers isn’t always necessary. They are the best option where partial shading or a complicated roof would negatively impact solar panel system performance. If you have an uncomplicated, unshaded roof, a string inverter can provide better value.

You should always shop around and compare the cost and savings associated with various equipment options and their cost and savings. Register your property on the EnergySage Solar Marketplace today to receive solar quotes from multiple pre-screened solar installers near you.