Solar installation costs do not include the 30% federal investment tax credit or local incentives. Savings estimates do not account for utility net billing rates.

Save money by installing solar panels in UT.

Year-round sunshine and favorable state incentives make the Beehive State one of the best parts of the country to install solar. 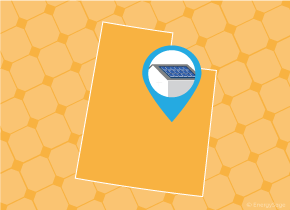 The state of Utah is full of natural beauty with Zion, Bryce Canyon, and Arches National Parks, and much more. Protecting the state’s natural beauty through renewable sources has become a goal of the state’s legislators. With the right policies and incentives in place, from a renewable energy systems tax credit to solar easements and rights and net metering, the Beehive State is a great place to go solar.

How much do solar panels cost in Utah?

See the complete list of top solar installers in Utah

See the cost of solar in UT cities and towns

What solar panels should I install in Utah?

How much energy can I get from solar in Utah?

Aside from the power output of the solar equipment you choose to install, the amount of energy you generate with solar panels in Utah is directly related to the amount of sunlight that hits your panels. Fortunately, Utah ranks in the top ten nationwide for highest averages for peak sun hours, helping your solar panels to save the most money over their lifetime.

Solar incentives in Utah can help you reduce the overall price of going solar. Learn more about why solar panels are such a great investment in Utah.

Learn about solar incentives in UT

What rebates and incentives are there in Utah for solar?

Besides the federal ITC, Utah has additional incentives for going solar that are dependent on your area and utility company. Of note are renewable energy systems tax credit, solar easements and rights, and net metering availability. To learn more about Utah’s best financial incentives for solar, check out our complete overview of the state’s best solar incentives.

As of 2018, Utah has installed over 1,650 megawatts (MW) of solar energy capacity, ranking the state 9th on SEIA’s national ranking. Impressively, 6.40 percent of the state’s electricity comes from solar energy. While dropping solar costs have been a crucial factor for this rush, the Beehive State’s various solar policies have significantly influenced the industry’s development as well.

The first solar policy passed in Utah came in 1979, with the state’s Solar Easements regulations. Although the policy doesn’t focus on financial incentives, it ensures a process for property owners to work with their fellow neighbors to make sure that nothing shades a solar panel system while the sun is shining.

The state’s solar policy stalled until 2001, when Utah passed the Renewable Energy Systems Tax Credit, allowing homeowners to claim 25 percent off of the total solar equipment and installation costs, up to $1,600. Similarly to the Federal Investment Tax Credit, though, the maximum credit from this policy has reduced $400 each year, and will expire altogether in 2022.

Utah’s most important solar policy is the state’s net metering program, which began in 2002. Net metering programs allow residents to send surplus net energy to the electric grid and receive compensation for it on their energy bill. In Utah, the state’s only investor-owned utility–Rocky Mountain Power (RMP)–is required to credit excess solar generation at the full retail rate, a better policy than other states’ compensation at lower wholesale or avoided cost values. The program is available for residential systems up to 25 kilowatts (kW) in capacity and non-residential systems up to two megawatts (MW) in capacity.

Nationally, state energy requirements have been instrumental to the development of clean energy. In Utah’s case, policymakers passed the Renewable Portfolio Goal in 2008, which is a voluntary target. In most cases throughout the country, RPS policies require mandatory compliance, which has led to significant utility incentives for solar to help meet the targets. Nevertheless, Utah’s RPS established a voluntary target of sourcing 20 percent of electricity sales from renewable energy by 2020, which, if it were mandatory, would rank the state among the highest targets by 2020.

In addition to these foundational solar policies, Utah also provides financial and regulatory incentives to encourage solar development. For commercial development, one incentive the state has offered since 2004 is the Alternative Energy Sales Tax Exemption, which removes sales tax for systems larger than 2 MW. Also for commercial properties, Utah instituted PACE financing in 2013 that provides loans specifically for energy improvements, including solar installations of up to 2 MW.